Walking tour in Asti – “The Secret Auctions of Historic Shops”

When you book with an account, you will be able to track your payment status, track the confirmation and you can also rate the tour after you finished the tour.
Sign Up
2196
Availability : Group tours. Price and dates refer to group departures of minimum 4 people. For private tours ask us for information!
Min Age : 12+
Dettagli del TourItinerarioMappaFoto 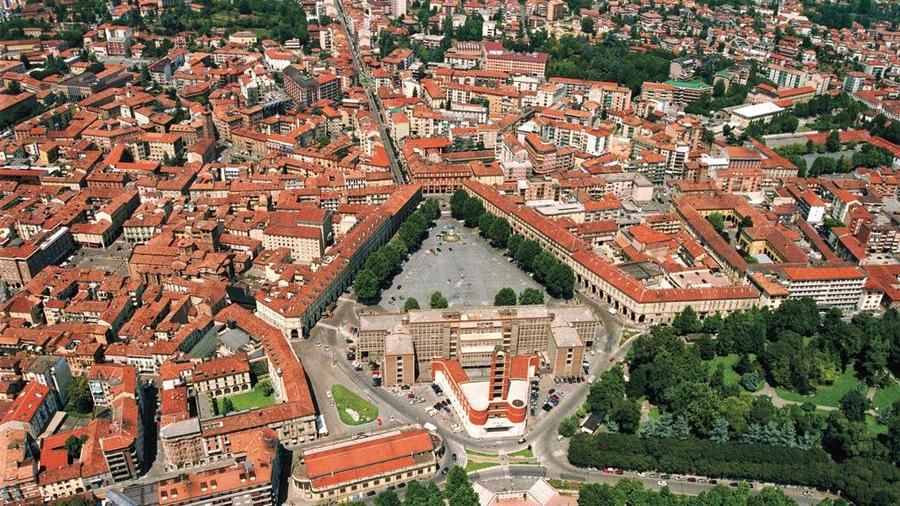 Trail We will start our urban tour together from Corso Alfieri and we will arrive in a few meters to the “city living room”, Piazza San Secondo, where, in addition to the municipal headquarters, we will find a splendid example of local sacred art: the Collegiate Church of San Secondo, named after the city’s patron saint.
In exquisitely Romanesque style, the Collegiate Church is the authentic heart of the city of Asti, consicoting together a sacred and artistic place, of great importance, so much so as to be the custodian of the banners of the Palio won by the city districts over the years, almost a museum of one of the most heartfelt historical events of the city, which proudly holds the primacy of the oldest Palio in Italy, taking place almost continuously since the 12th century.

Along the narrow and fascinating streets of the historic center, we will reach the historic Torroneria Cioccolateria Davide Barbero, where we can “taste” the first delicious stage based on typical Asti sweets, such as Gianduja chocolate or nougat.

A few meters away we will meet the “very sweet” Daniella Artisan Workshop, where we will make an additional stop based on typical local delicacies, such as delicious dried mini-pastries or Meliga pastas, characteristic Piedmontese biscuits based on corn flour.

Our itinerary will then unfold through the streets of the center, where we will discover secret ravines of the city of Asti, places where once opened the shutters every day the historic shops and cellars, often used as for winemaking or sometimes even as common glaciers.

A fascinating and at times moving path, which tells us the daily history of a small town like Asti, always closely connected with its countryside and agricultural activities, in particular with regard to food and wine production.

Reaching Via Quintino Sella, we will have the opportunity to visit Palazzo Gazelli, a noble house of medieval structure then renovated in the mid-1700s, to a design by the court architect Benedetto Alfieri, which incorporates the “Torre Mozzata”, the Baroque atrium, the internal courtyard of representation and the historic garden.
Here there will be the opportunity to taste some local wines, admiring the beauty of the historic house, declared a national monument and inserted in the Castelli Aperti circuit.

We will then arrive at the Cathedral, named after Santa Maria Assunta and located in the homonymous square, a splendid example of Piedmontese Gothic that offers the visitor a spectacular and grandiose, almost unexpected glance! Back towards the starting point, we will pass again through the ladle of the ancient Jewish ghetto, where we will find the restaurant Il Cicchetto, where it will be possible to taste some of the Piedmontese and Asti excellences in particular: fassona meat, a typical feature that envies us all over the world to taste raw and, in the Asti version, beaten with a knife and seasoned with only a pinch of salt, oil and lemon and, to follow, the Ravioli Gobbi Astigiani, an all-local specialty that for some years has rightly boasted the De.Co. These native delicacies will accompany a good glass of a native DOCG, which is more native than you can: the Ruchè di Castagnole Monferrato, which will be offered to us by the restaurant Il Cicchetto. Thus ends our tour among the Asti shops of the present and the past, a short journey through time and space of a small town that will remain in your heart, eyes and that you will want to “taste” again! That is a promise!

The products for tasting and the participating companies may undergo variations according to the seasonality of the products themselves and the possibilities and availability of producers linked to agricultural work in the summer and autumn period.

The price not includes